Should You Use a Traditional or Roth IRA? 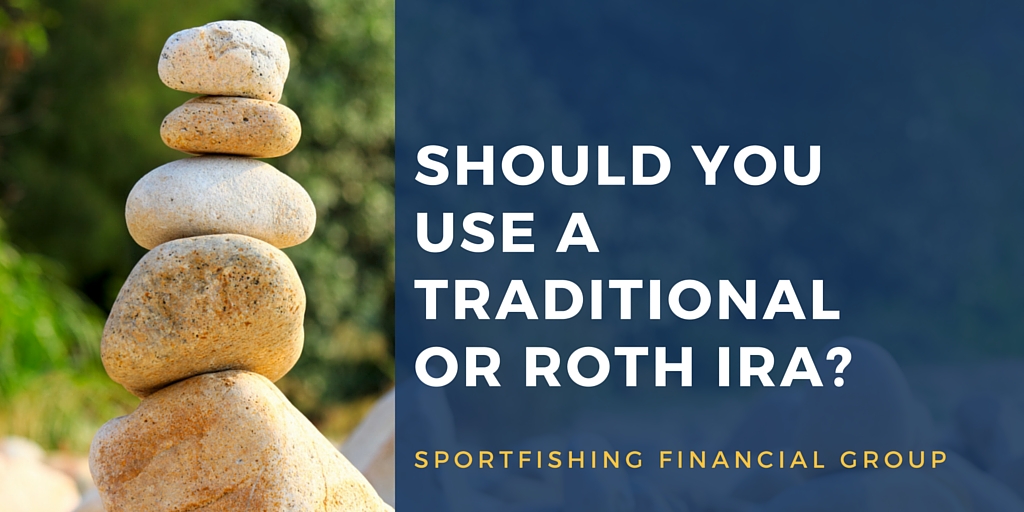 Since their inception in 1974, Individual Retirement Accounts, or IRAs, have become wildly popular. About 42 million US households, or 30%, owned at least one type of IRA as of mid-2014. By the end of that year, IRA assets totaled $7.4 trillion, which was about 30% of US retirement assets.1

People like IRAs because they can be invested in just about everything except life insurance or collectibles, so there are many options for putting your money to work. Investors with experience in real estate can even use their money to buy property through a self-directed IRA.

Unlike employer-sponsored retirement plans, with an IRA, you are the complete owner and the plan is in no way tied to your employment. You can even withdraw money penalty-free before age 59 ½ if it is for a qualified first-time home purchase or education expenses.

For many people, investing in an IRA is an easy decision. Where they struggle is in deciding which kind to invest in, a traditional or a Roth.

Benefits Of Investing In a Traditional IRA

Prior to 1997, there was only one kind of IRA, which is now referred to as a Traditional IRA. It is a tax-deferred retirement account, meaning that is funded with pre-tax money and the taxes are paid when the money is withdrawn during retirement.

This is a great benefit because you have more money available to invest if you don’t have to pay taxes first. Also, people often find themselves in lower tax brackets in retirement, so you may pay less in taxes than you would otherwise. The tax deduction for a Traditional IRA may be limited if you or your spouse are covered by a retirement plan at work and your income exceeds certain levels.

Benefits Of Investing In A Roth IRA

Out of the Taxpayer Relief Act of 1997 a new kind of IRA was born, named after Senator William Roth of Delaware who was the chief legislative sponsor of the act. Roth IRAs differ from traditional IRA’s in a few key ways. The biggest difference is the tax treatment. Whereas traditional IRAs are tax-deferred, with a Roth you pay all taxes upfront. The thing that makes Roths so popular, though, is that you don’t have to pay taxes on any of the growth. Everything generated by growth and compounding interest stays in your pocket.

Roths also differ from traditional IRAs in that there are no required minimum distributions during the account holder’s lifetime. So, you can leave your money in the account to grow for perpetuity, instead of being required to start taking withdrawals (and stop contributions) at age 70 ½, like with a traditional account. Some people even use this aspect of Roth IRAs as a way to provide tax-free income for their grandchildren and future generations. Another advantage is that contributions can be taken out at any time for any reason without penalty.

There are income limitations on who is allowed to use a Roth IRA. However, anyone can convert a traditional IRA into a Roth through a “backdoor conversion.”

Considering the differing tax treatment, a Roth IRA is almost always better for younger people who have more time to save and take advantage of long term growth and compounding interest. If you are nearing retirement and will need the money early in retirement, you may be better off with a traditional IRA. Many people choose a Roth regardless of their age so that they won’t be required to take distributions and they can leave the money to their families. If you make too much money to be eligible for a tax deduction for a traditional IRA you are better off with a Roth, though you will have to do a “backdoor” conversion to open one.

If you are rolling over an old 401(k) to open your IRA, your decision regarding the type of account to open will have considerable tax implications. You won’t have to pay any taxes to roll over a traditional 401(k) into a traditional IRA, but to roll it into a Roth you will have to pay taxes on the entire account. For this reason, in 2012, 87% of new traditional IRA accounts were opened by rollovers as opposed to only 11% of Roth accounts.

The best kind of IRA account for you to open depends on your unique situation and preferences. When making important financial decisions, it is always wise to talk to an experienced professional who can help you understand your options and the implications of different choices. To learn more, set a time so we can talk, or get out with us on one of our upcoming fishing trips, call 949-481-1807. 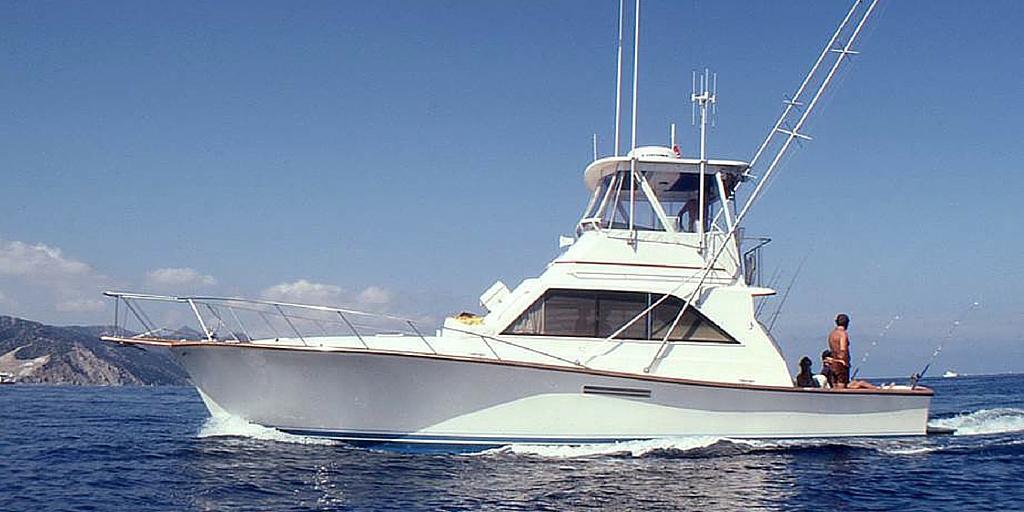 Spring is one of my favorite times of the year; the days start getting longer, the fishing season begins, and it’s a time where everyone starts fresh. The tradition of spring cleaning can be traced back thousands of years, to many different religions and cultures. Especially for those who live in colder climates, it's a time to clean out the dust bunnies and open up the windows. But even in Southern California, where we are lucky to have our windows open all year, it’s an inspiring time of year.

The spring rains have come, leaving in their wake clean fresh air and a blanket of green over the Southern California hillsides. This time of year gets me excited, not because of blooming flowers, but because of great fishing.

Spring makes me want to head out in search of White Sea Bass along our coast and local islands or down to Baja to find spawning fish starting another cycle of life.  The rejuvenating spring season seems to make us all feel a little younger, with more energy ready to fish all hours of the day.  This year running offshore to target Tuna and finishing up near shore to take a shot at the Yellowtail or Calicos is already an option.  In the next number of weeks I hope we see increased numbers of Barracuda and Sand Bass gather along the coast but until then the opportunity for an occasional Halibut and excellent Rock Fishing continues.

Soon we will be in the heart of the season participating in the Let’s Talk Hookup East Cape tournaments, focusing our fishing offshore and spending time with younger family members while on their summer break.  It’s a great time of year and things look to be shaping up for another outstanding season.  Take advantage of this when you can, while it’s here.

Now that tax season is behind us, it is also a good time of year to think about getting your financial house in order. Are you saving enough for retirement? If not and you can afford to, fix it.  Are you maximizing the return on your investments?  If you’re not sure contact me and let me show you how to make improvements.  Is your strategy tax-efficient?  It should be. Take some time to organize your financial plans and do an annual review. Make any necessary updates and make sure you’re on track to spend more time on the water in the future.  Again “take advantage of this when you can, while its here.”  Why wait any longer to get on track?

Whether you are diligently doing your spring cleaning, or carving out time to spend as much of your spring on the water, take advantage of the season and the sense of renewal that surrounds us.

How to Get Started

Rick enjoys meeting other avid fisherman and learning about their goals to see if he may be able to help. To schedule a complimentary wealth consultation or to get a second opinion on your financial plan, contact Sportfishing Financial today. To learn more about Rick, visit his website and connect with him on Facebook. To ask a question or get our list of upcoming fishing trips, call 949-481-1807.

The Importance of Tax Loss Harvesting

As we approach the end of tax season, are you happy with the taxes you are paying on your investment accounts? Mutual fund investors may be surprised to face what many call a “double whammy” — paying capital gains taxes on investments in mutual funds that incurred losses in 2015. In most major markets last year, many mutual funds experienced losses or very small gains. Nonetheless, investors are still faced with taxes on capital gains, even though they actually only made little or no profit on the investments.

Did Diversification Fail Us When We Needed it Most? (Video)

Sportfishing Financial Group partners with Dimensional Fund Advisors to offer the highest quality investments and client relationships. Individual investors may access Dimensional’s strategies only through a select group of financial advisory firms. Watch this video from DFA about diversification and recent market volatility.

If I Could Teach My Kids One Thing About Investing, It Would Be… 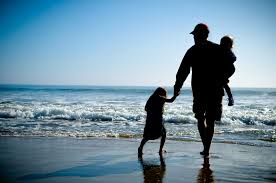 I’ve always taught my kids the importance of efficiency. It applies to life, work, and two of my passions in life — fishing and investing. Efficiency isn’t just about being effective or competent at what you do; it’s about eliminating waste, maximizing your resources, and making the most of what you have. By saving what others may waste, I believe you can find success. As Vince Lombardy said, “The measure of who we are is what we do with what we have.”