What Does Financial Security Mean To You? 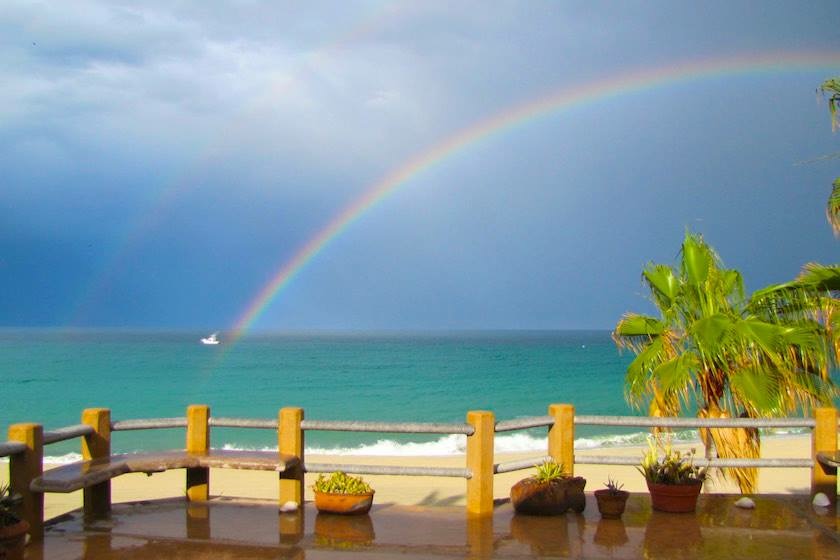 We all work hard, day in and day out. But have you stopped to consider why you are working so tirelessly? Is it just to pay the bills, put aside a bit for the future, go fishing every so often, and call it a day? Most of us just want to have “enough.” Enough to do what we want, live where we want, and work only as much as we want. But what is your “enough”? What does financial security look like to you? 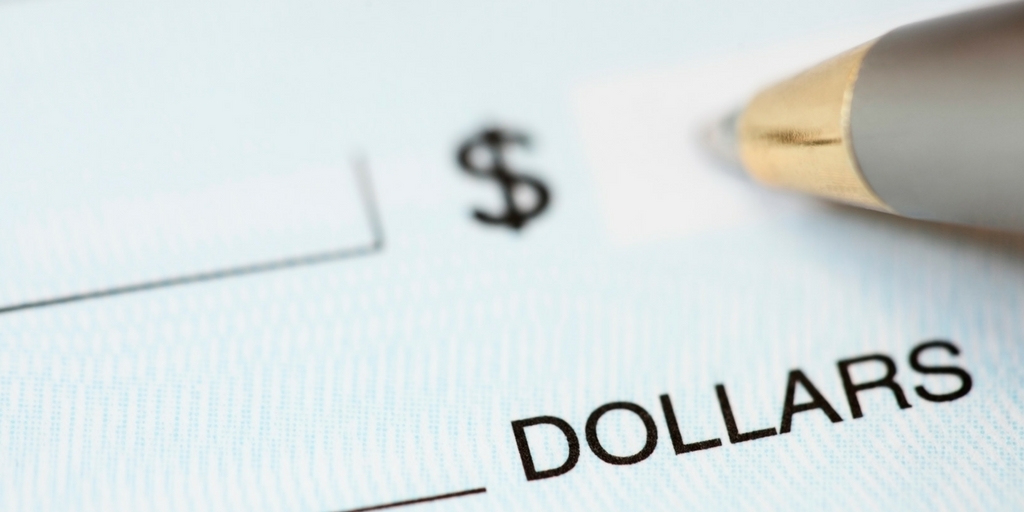 ‘Tis the season for giving! Beyond exchanging presents with your loved ones, this is the time of year when many people choose to give back. Whether it’s your first or your thirtieth year donating to charity, it’s a good idea to plan your donations ahead of time to help ensure your donation makes a greater impact.

Before you write a check to a charity, follow these steps first:

What Financial Actions Should You Take Before 2017? 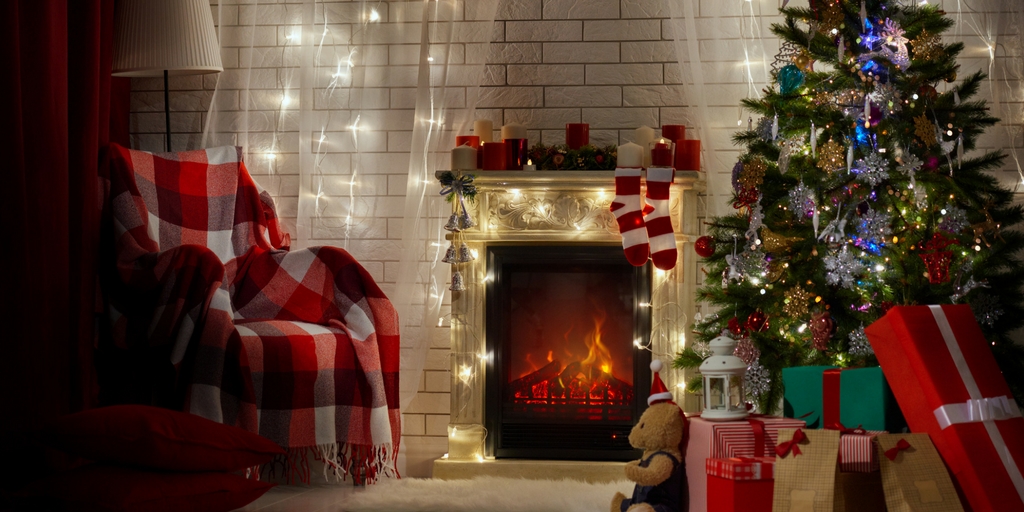 Every year, it seems as though the last few months of the year fly by, what with the holidays, a busy shopping season, looming deadlines, and the anticipation of a new year. While the final weeks of the year are busy as it is, don’t forget about your investments and financial strategies, or push them off until 2017. There are several important items to consider by December 31st, including these five: 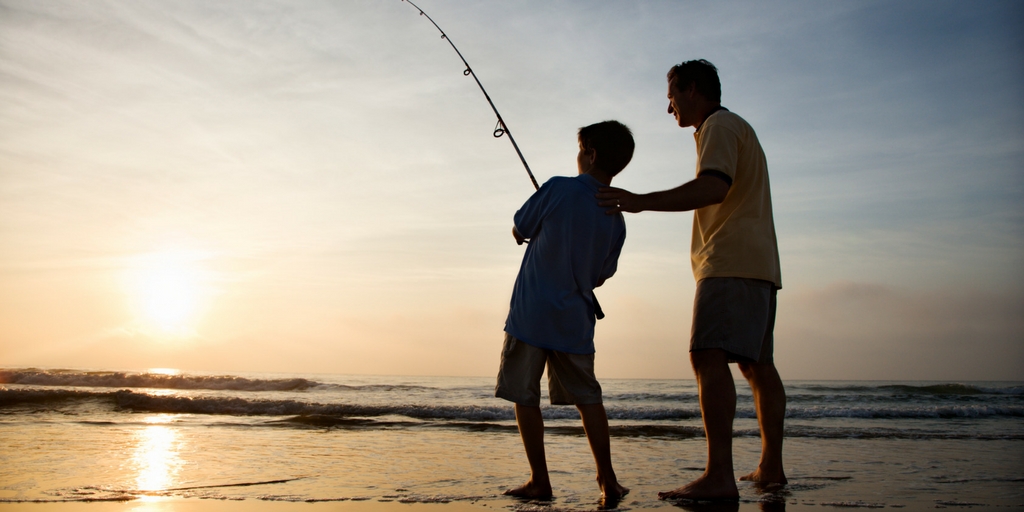 Money seems to make the world go round, and it’s easy to get caught in the trap of stressing about finances and constantly worrying about whether you will have enough for the future. But with all this preoccupation with money, you end up sacrificing the things that are truly important, the things that bring fulfillment and happiness to your life.

Have you ever taken the time to determine what enhances the quality of your life? If you don’t take this step, you won’t make the necessary changes to cut out the “noise” and focus on what really matters to you, such as health, your loved ones, hobbies and passions (like fishing), and career excellence. Once you know what your priorities are, the next step is to figure out what’s less important and delegate those things so you can make more time for the things that matter.

Why not delegate your money management to someone who understands and supports what is important to you and let them help you on the path to financial freedom?

What Is Financial Peace?

The terms “financial peace” or “financial freedom” have such a nice ring to them. They conjure images of security, independence, leisure, and opportunity. When defined, the terms mean that you have sufficient personal resources to live without having to work to cover the basics. It means you have the time and resources to pursue fulfillment in your life without continuously worrying about finances.

The sobering truth is that most of us have no idea what we will need to achieve financial security or independence. We don’t know the amount that we need to live the life we desire in the future. And if we don’t have this number in mind, we are shooting at a target blindfolded. We don’t plan or strategize because we don’t know what we are aiming for.

How to Achieve Financial Peace

It may seem too good to be true, but you can live without worrying about your financial obligations and concerns. Through our financial planning process we work together with our clients to identify what it will take to attain financial freedom and create a plan for how to reach that goal. Often, our clients are thrilled when they realize there are options available to achieve financial freedom in less time than they expected.

Imagine a life where you can rest easy knowing that your finances are being taken care of and you can devote more time to the important things. At Sportfishing Financial, we understand the desire to pursue passions and hobbies, and we want to help you focus on things that improve the quality of your life. Our motto is “we watch your money while you watch your lines.” Delegate your financial management to us and find peace of mind as we help you work towards your goals.

We all have the same 168 hours in our week. Let us free up some of that time so you can pursue what fulfills you. Give me a call at 949-481-1807 or email This email address is being protected from spambots. You need JavaScript enabled to view it..

To schedule a complimentary wealth consultation or to get a second opinion on your financial plan, contact Sportfishing Financial today. To learn more about Rick, visit his website and connect with him on Facebook. To ask a question or get our list of upcoming fishing trips, call 949-481-1807 or email This email address is being protected from spambots. You need JavaScript enabled to view it..

How Will the Election Results Affect the Markets? 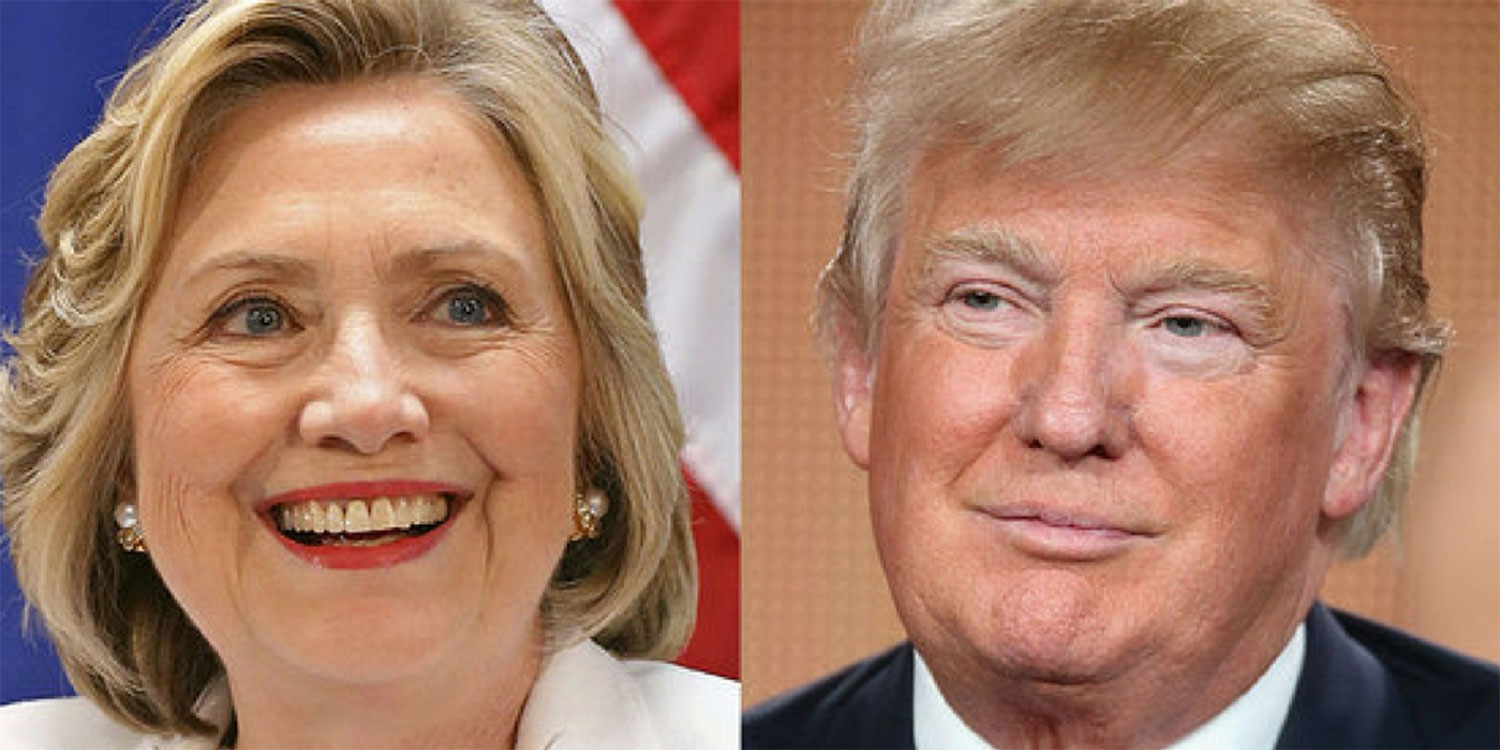 No matter your political preferences, this election is likely to be a memorable one. On Tuesday our nation’s future will be decided after months and months of campaigning. Will Hillary Clinton or Donald Trump be our next president?

The results of this election will have far-reaching consequences, from healthcare to immigration. Many investors are wondering, though, what the consequences will be for the stock market.

Diving deeper, bear markets historically occur during the first and second years of presidential terms, while bull markets occur during the third and fourth years. Election years are the fourth of the presidential term. In fact, a bear market defined as a decline in the S&P 500 Index of 15% or more over a period of 1-3 years never occurred during an election year from 1942-2002.

What Causes The Cycles?

Why is there such a direct correlation between political and economic cycles? The simple answer is fiscal policy. The Federal Reserve has gotten a lot of attention as of late for their ability to impact the economy through setting interest rates and controlling the money supply. The executive branch of the government also has their own means of influencing the economy, mainly through taxation and spending.

It isn’t any wonder that politicians have discovered a correlation between the health of the economy and voter satisfaction. Because of this, as an election approaches, those in power do what they can to boost the economy in order to keep their party in power through the next election. The exercise of fiscal policy to strengthen the economy leading up to an election contributes to election year bull markets.

Once the election is over, the new party in power gets down to business and economic appearances are set aside. All the hype and optimism surrounding a candidate’s promises also fades away as they get into office and the realities of governing set in. This is why the first two years of a presidential term are typically slower times in the markets. Later, as the presidential term passes the two year mark, fiscal policy picks up and carries the markets up until the next election. And so the four-year cycle continues, keeping step with the presidential election cycle.

What To Expect This Year

Most anyone who has been following the election at all would be quick to tell you that this is not a normal election. This year’s political race has been anything but ordinary, to say the least. On the extremes, some people are going so far as to predict complete economic collapse depending on which candidate enters the white house. But does it really matter as much as most people think?

Looking back to 1900, the data shows that, at least where your portfolio is concerned, it doesn’t make much of a difference which party wins the election (2). The below chart shows the S&P 500 under both Democratic and Republican presidents. 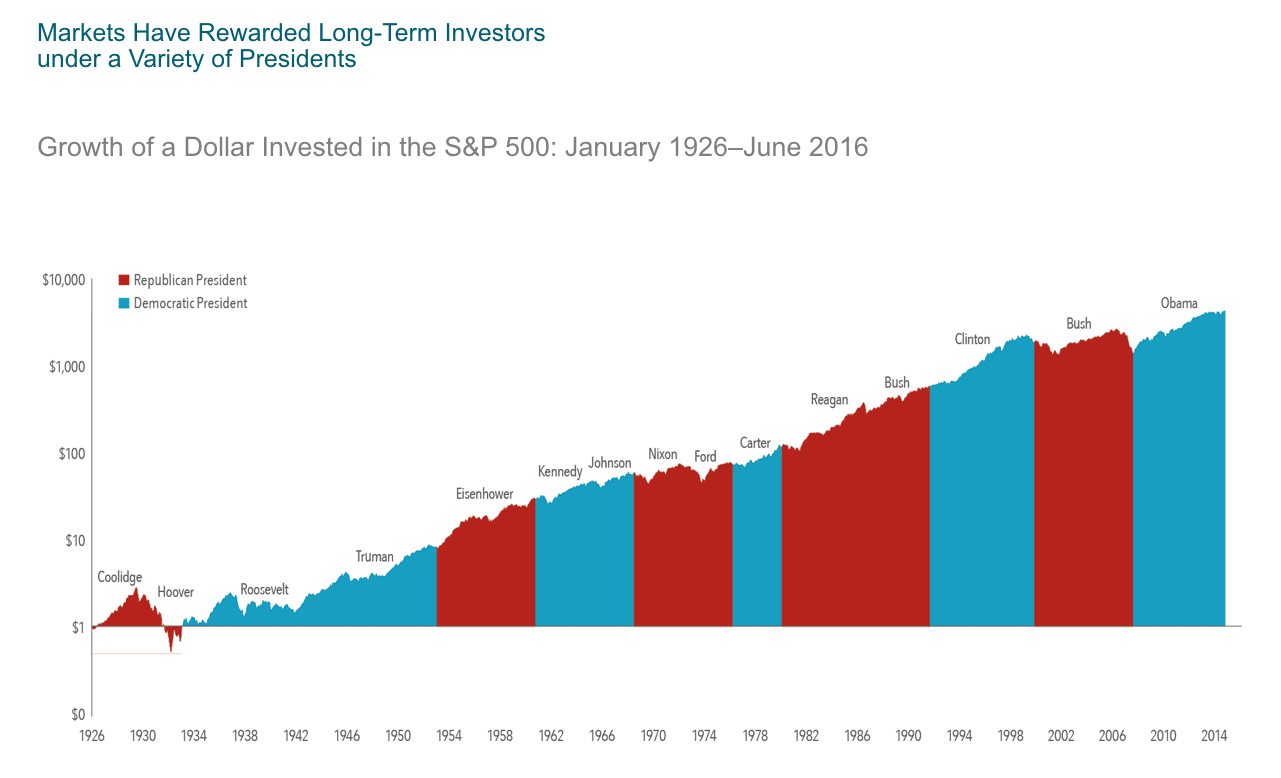 So, history tells us that we should expect moderately positive market returns this year which will slow down once the new president takes office. Because of the unprecedented and often unpredictable nature of the 2016 race, investors should be prepared for short-term volatility as well.

What You Should Do

Whether it’s an election year or not, equity markets can help investors grow their assets, but investing is a long-term endeavor. Trying to make investment decisions based upon the outcome of presidential elections is unlikely to result in reliable excess returns. At best, any positive outcome based on such a strategy will likely be the result of random luck. At worst, it can lead to costly mistakes. You are better off relying on patience and portfolio structure, than trying to outguess the market, in order to pursue investment returns.

If you are unsure as to the durability of your investment strategy, it is important to get a second opinion from an experienced professional. Also, if the high emotions and sensational media coverage of the 2016 election are getting to you, sitting down with an expert advisor can help calm your fears and keep you from making irrational investment decisions.

Give me a call at 949-481-1807 or email This email address is being protected from spambots. You need JavaScript enabled to view it.. We can sit down for a free consultation and make sure wisdom and knowledge are driving your decisions, and not emotions or bad advice.

To schedule a complimentary wealth consultation or to get a second opinion on your financial plan, contact Sportfishing Financial today. To learn more about Rick, visit his website and connect with him on Facebook. To ask a question or get our list of upcoming fishing trips, call 949-481-1807 or email This email address is being protected from spambots. You need JavaScript enabled to view it..