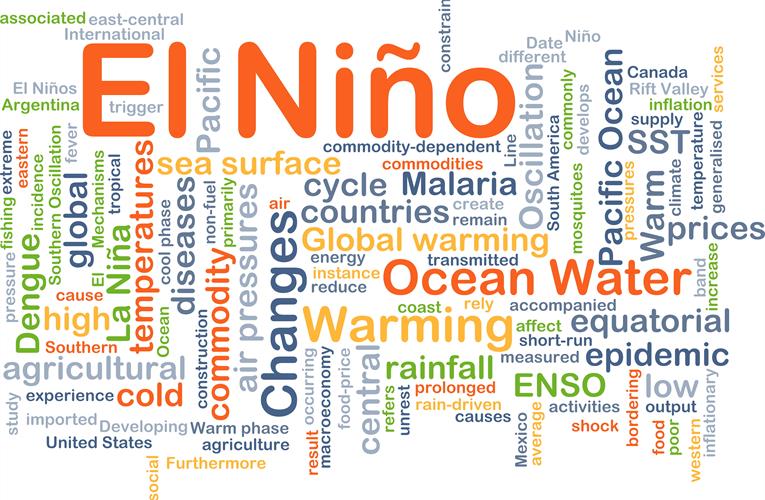 As you’ve probably heard in the news lately, El Nino is here. El Nino is a weather phenomenon that warms ocean temperatures in the Pacific near the equator. This affects currents and results in what are often times significant changes in our local waters. While most people are thrilled about the much-needed rain that it’s expected to provide here in Southern California, the weather pattern means something entirely different for those of us who prefer to spend our time on the water. It means the fish are on the move and several species have been shifting to uncommon areas in search of their preferred water conditions, temperatures and food sources.

Experts say that the combination of the two previous mild winters followed by our current El Nino event have produced extremely unique conditions along our coast.  I for one was amazed by the water color and clarity that I witnessed just a few miles offshore this past season.  These conditions attracted many of our favorite game fish in larger numbers, larger sizes and larger varieties than anyone I know has ever experienced.  Did the fish move north from Baja or as some evidence is suggesting north east from regions near Hawaii?  The jury is still out on this subject but there are always many opinions and theories.  In any case that’s what keeps this sport interesting and there is always something new to experience and something new to learn.

Many of us who miss seeing albacore in our local waters would love to be able to count on statements like, “Southern California fishermen usually enjoy an abundance of early albacore following an El Nino”.  If we could count on that, I think we would all be pretty excited.  I don’t know but I hope the conditions are right and the albacore make a run through the area. On the flip side the obvious downsides to El Nino are the effects on the health of inshore kelp and baitfish.  Bait like anchovy and squid usually travel north to cooler waters, and game fish, such as white seabass and California halibut, often follow them. As I’m writing this, the year’s most significant water temperature drop has just occurred, so what will that mean?

What to expect next?

El Nino is expected to last at least through the spring, if not longer.  Will that be too long into the upcoming offshore season for the Albacore to show?  Would that provide similar conditions to what we had two years ago on the building El Nino?  Should we expect a summer with greater than average amounts of warm water species?  Or will the albacore show early followed by the warmer water species?  Over the years the more I hear from people willing to tell me what they believe will happen the more it becomes apparent that anything can happen.  Try to get a hardline prediction from the likes of Don Hansen or Frank LoPreste; I’ve heard their responses, you won’t.  What we have is an ever changing fishery with long term cycles of similar events.  The unpredictability just adds to the game, and the more I fish the more I enjoy the variety.  It’s great to mix it up and have the opportunity to try new gear and experiment with new tactics.  So as far as I’m concerned, whatever the upcoming months have in store, it shouldn’t be too hard to enjoy spending time on the water.

How does this relate to my business?

Too much emphasis on market predictions and the expected performance of individual stocks in your investment portfolio can be counterproductive.  Regardless of what the current or predicted economic environment has in store, having confidence in a proven long term investment strategy makes sense.  Let’s set a time to discuss how I can help.

Over a 25-year career in financial services, Rick has helped hundreds of business and personal clients meet their investment goals by developing risk-efficient portfolio management strategies. The water is Rick's second home: He and his family have been fishing Southern California and Baja going on four generations. In the 1940s, his grandmother worked at the Cannery Restaurant in Newport Beach—when it was an actual Albacore cannery. In the 1950s, his father was on the crew that built two of the boats still in service at Dana Wharf Sportfishing.